Though I’ve been called a space nerd and a rocket scientist before, I’ve never felt that I never really earned that title. After all, I’ve never witnessed a live rocket launch before—that is until this past MIT’s Independent Activities Period (IAP) in January 2020.

After finishing my first term as a Ph.D student at MIT, I was antsy for a quick vacation. For an AeroAstro student, what better way to escape the Boston winter, enjoy the sunny Florida, and make my first pilgrimage to the Kennedy Space Center?

Many of my friends in AeroAstro were presenting at the AIAA SciTech 2020 conference held in Orlando early January.  I didn’t have a submission for the conference, but I still thought it’d be neat to dip my toe into the world of academic conferences and support my friends and colleagues.  To make this trip even more enticing, a SpaceX launch was being planned for that weekend!

If there was one thing I knew about rocket launches, it was that they were utterly unpredictable, and to a large extent, unplannable.  This is due to the frequency at which launches get delayed because of safety factors such as the presence of a boat in the launch safety zone or bad weather, or a sensor anomaly during launch preparations.  Many have traveled over oceans to be met with a last second launch delay or cancelations.  We were hoping we wouldn’t face the same fate.

The launch that was originally planned for the first weekend of January was the highly anticipated launch escape demonstration of SpaceX’s Crew Dragon module.  This would be an exciting launch to watch, since the test would end up with a planned explosion of the first stage mid-flight.  It’d also validate a crucial safety mechanism for what would be a new capability for the US to send astronauts into space, something that hasn’t happened since the Space Shuttle’s last launch in 2011.

Unfortunately, we received news late December that the test had been delayed to a much later date.  It would eventually happen about two weeks later, to great success [recap video]

Little before the conference, however, we were met with serendipitous news that an earlier launch had been delayed such that we may now be able to see one after all!  This launch would put 60 additional Starlink satellites into orbit of the planned 1440 total.  This would also be a night launch, which meant a far more dramatic viewing experience.

Many of the conference attendees were also eyeing for a viewing opportunity—this was an aerospace conference.  Our group had to decide whether to beat them and the traffic to get to a good viewing location and get easy parking.

Of the many viable viewing spots, we decided to go to the Max Brewer Memorial Parkway, a long and high bridge about 30 min drive from the launch complex.  From that location, we would be able to see the streak of the rocket against the dark sky.  Even from the bridge, we could still see the massive launch facility and the top half of the rocket through the binoculars. 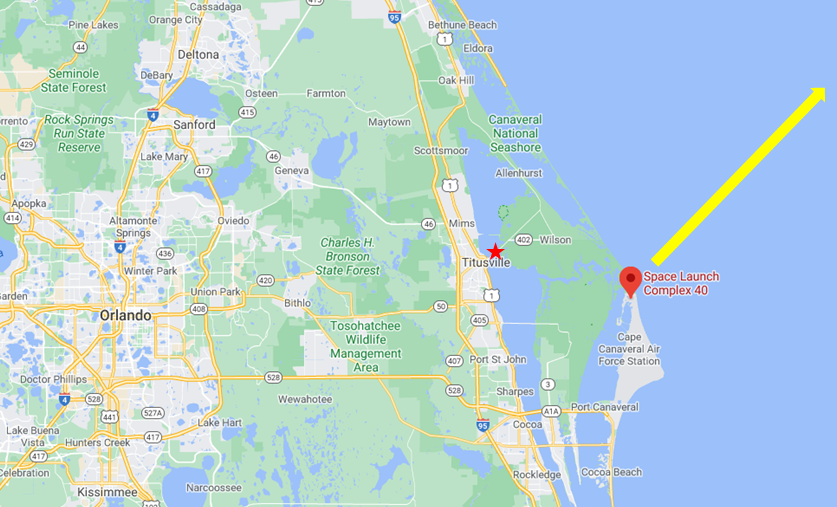 The crowd slowly grew to a point where people filled the entire pedestrian section and the atmosphere began to fill with excitement.  Some people were watching the live countdown on the YouTube stream, and the crowd began to chant the countdown...

The silence of the crowd was palpable as we all held our breaths.

After a brief delay, a bright light appeared far into the horizon. It continued to get brighter, to the point where we had to avert our gaze. There were a few claps and shouts of excitement, but largely we were all quiet, taking in the awesome sight. We felt the rocket’s low-pitch roar more so than we could hear it. The lone bright dot was reminiscent of a bright firework at a distance, except much brighter, slower, and constant.

The rocket slowly began to rise and continued up until it started to turn and head towards the north.  The light grew faint over the next few minutes until it disappeared. We were able to barely make out the main engine cutoff (MECO) as the rocket transitioned into its second stage. 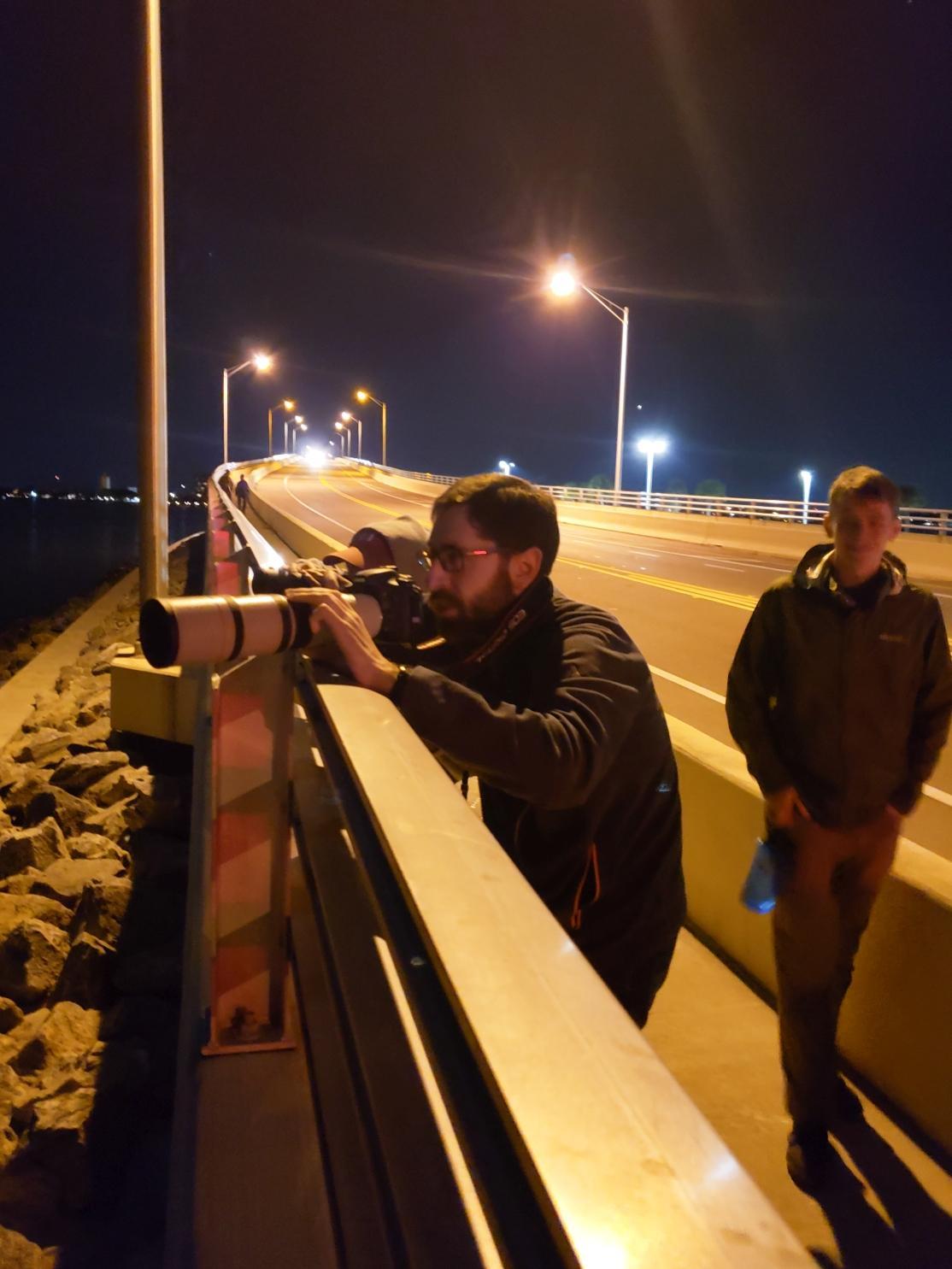 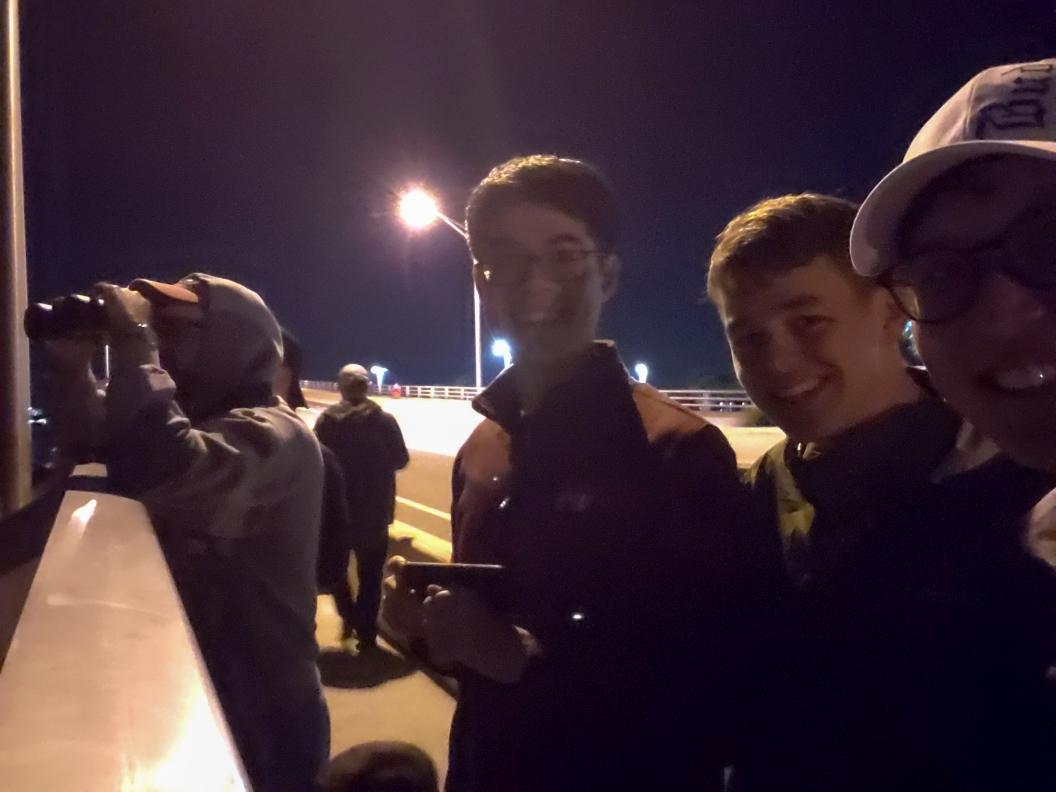 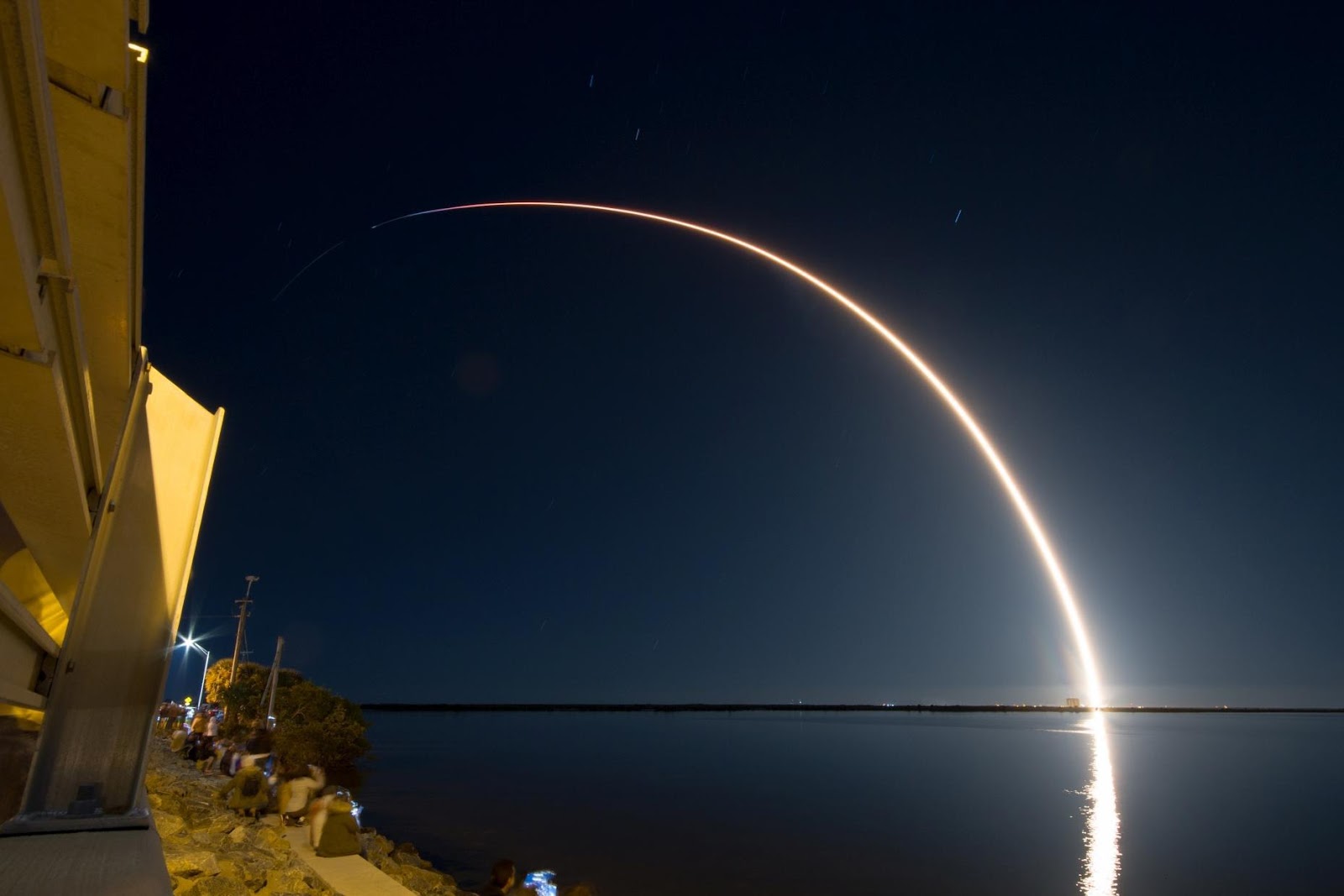 The launch viewing was over in 3 minutes

We started the day unsure if we would be fortunate enough to see the launch, trying not to think about the many unfortunate travelers who were met with last-minute schedule changes.

Yet here we were! Space aficionados seeing our first launch in person. Together.

This had been a densely packed 4-day trip.  I was able to attend my first open academic conference where I got inspired by brilliant minds, find time to tour the Kennedy Space Center, and do a speed-run through Disney’s new Star Wars section.  And most of all, I got to experience my first launch.

It was a perfect way to spend the IAP and share this moment with fellow MIT AeroAstro students.  Truly an amazing way to start off the year.

I can’t wait for my next viewing.