“Can you make a short video for 爷爷? Just a few lines to cheer him up.”

I received this text from my mother on the evening of October 12, 2020.  My paternal grandpa (爷爷, pronounced “yeh yeh”) had been transferred to a hospital several months ago, and his prognosis wasn’t looking good. Thankfully, 爷爷 hadn’t contracted COVID, but local travel restrictions meant that my immediate family, who were based in Hong Kong, couldn’t all fly out to Beijing to see him. As for me taking a trans-Atlantic flight over, that was even more out of the question. We settled for having my dad fly to Beijing by himself, where he would visit 爷爷in the hospital and show him our video messages.

You would think that producing a 20-second video would be  simple enough. Surely all it would take is for me to press ‘record’ on my phone, say hello, and ad-lib a few pleasantries about my life in America. Instead, what ensued was several hours of me picking up my phone and setting it down again, repeatedly unsure that I’d find the right words to say.

Like many grandparents, 爷爷 played a big role in my upbringing. After I was born, I spent the first four years of my life living with my grandparents in Beijing. For those few years, my grandparents were my primary guardians. What I may lack in concrete memories is more than made up for by the abundance of warm, fuzzy feelings that come to mind when I think back to that time. I am reliably told that I was an incredibly troublesome toddler, but that my grandparents always handled me with characteristic grace, patience, and good humour. I also have my grandparents to thank for teaching me much of my mother tongue, Mandarin Chinese.

In the years since, the physical distance between me and my grandparents has only grown. I first moved with my parents to Hong Kong, and in 2015 I came to the US for college. As any international student will attest, each move has afforded me a great many new opportunities, but also its fair share of challenges. Nowadays, I am lucky to be able to see my grandparents for a couple days each year, if that. I’m also embarrassed to admit that with each move, I felt my Mandarin proficiency gradually atrophying, like rusting gears that I’ve been too lazy to grease.

And so here I was, sitting at my table, searching through my (progressively narrowing) mental bank of Chinese phrases. The anxiety of finding the ‘correct’ message to express was exacerbated by the fear that my Chinese wouldn’t be good enough to get that message across anyway. All my life, I’ve felt an acute paradox between the pride that  爷爷 felt for me and my growing estrangement from traditional Chinese culture. I was ashamed that I could no longer express the full scope of my emotions in Mandarin, and that such an innocuous task was proving to be so agonisingly difficult. However irrational, I was scared that my video message – possibly amongst the last words that 爷爷 would hear from me – would let him down.

Soon, it dawned on me that the cause of my writer’s block was twofold. It wasn’t just my paucity of Chinese vocabulary that had me stuck in a rut – there was in fact a second language that I couldn’t speak. I simply didn’t know the language of loss. I had just turned 23, and through some uncanny good fortune, I had never experienced the death of a close friend or family member. Swimming through my head was an amorphous swirl of quite foreign emotions, ones that I could barely capture in English let alone translate into scruffy Chinese. To put it quite frankly, what exactly do you say to a dying man?

I ultimately decided that the best course of action was to sleep on it, and tackle this with a fresh mind first thing in the morning. At 4 AM the next day, I was woken up by the sound of a text alert. My mother had messaged me to say that 爷爷 had died that morning.

The video message that I had agonised over was never to be delivered. What pained me even more was knowing that my dad, who had been self-isolating in a hotel room in Beijing, was just three days shy of finishing his quarantine before he could visit 爷爷 in the hospital. My disappointment in not delivering my own message to 爷爷 paled in comparison to the frustration and sadness that my dad had come so close to delivering his own message.

For many years, the knowledge that my grandparents would always be there in Beijing, still living in my childhood home, had been a source of great comfort. Even if I wasn’t able to see them, I always relied on the constancy that they would always be there, still in the same apartment where I said my first words and took my first steps. Life had always continued as normal.

As I write this now, several months have passed since 爷爷 died. I’ve had plenty of time to process, to talk, to wallow. I am so grateful to have had the most supportive friends who have gone on walks with me and picked up last-minute calls. I also couldn’t have asked much more of my labmates and my advisor, who gave me the space I needed but also checked in with me when I needed that too. Indeed, I recognise that I am also extremely lucky to have had all four grandparents alive and present in my life at all. The sum total of these interactions has led to a gradual process of confronting my feelings, and really learning to speak the languages of loss and grief. I am still far from mastering this new language, and I doubt I ever will - but each small step (including writing this!) is nonetheless a step closer towards embracing my vulnerability.

I was also drawn to write because this story of grief isn’t mine alone to tell. The experience that I lived through is one that thousands others have also lived through these past two years, experiencing losses and pain that have been directly or indirectly amplified by COVID. Two years ago, an experience like mine may have disproportionately affected families who were geographically apart, but 2020 has seen this loss become a lived reality for so many more. In a way, every person who has lost a loved one last year has had to grieve from a distance. In a year defined by lockdowns and travel restrictions, a 15-minute drive to visit the nursing home up the street was no more feasible than a 13-hour trans-Atlantic flight. As we turn a corner towards a new school year, I hope that we continue to remember the universality of these experiences, and of the shared languages of loss and hope that bind us together.

When my dad finally completed his quarantine, he visited the hospital and met the nurses who had cared for爷爷. They told my dad that, on the few occasions that 爷爷 was able to speak, he would sometimes bring up his grandkids. He was proud of all of us, he would say – of the granddaughter who went on to be a spectacular writer, of the grandson who would soon be the first scientist in the family. 爷爷 had told the nurses that he wanted to be there to see my younger brothers’ high school graduation two years from now. That he wanted to be there to see me receive my PhD.

爷爷, I may have never been able to send you that final message, but here’s what I would say now. I miss you, a lot, and I really can’t imagine what it’ll be like to visit Beijing without you there. I hope that when I do get my PhD and dedicate it to both you and grandma, that I can hold my head high, knowing that I’ve lived to your model of sincerity and kindness. Most of all, I hope that I can continue to make you proud. 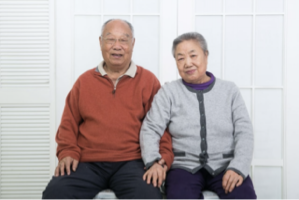