What I learned from teaching design and engineering to elementary schoolers
Sept 2021
Rima
D.
Mechanical Engineering

I am a serial maker: as a child, I dove deep into a new creative obsession each year. With each medium I explored, my passion for making grew, and projects flooded my house: a giant model of the Parthenon made from recyclables graced our front hallway, a crochet stuffed dragon perched in our kitchen, and my duct tape Rubik’s Cube costume was a permanent fixture in our living room until I gave it away after Halloween night!

Growing up in Michigan, engineering was synonymous with the auto industry: almost everyone I knew had a parent who worked as an engineer at one of the Big Three car companies. Personally, I found cars and airplanes beyond boring, so I didn’t think mechanical engineering would be interesting to me. Despite this, when I got to college, I decided on a whim to take the introductory Mechanical Engineering class, Toy Product Design. As I learned to use the bandsaw and drill press to create a unicorn pull toy, I found myself pulled into the same state of flow I had previously only associated with art. 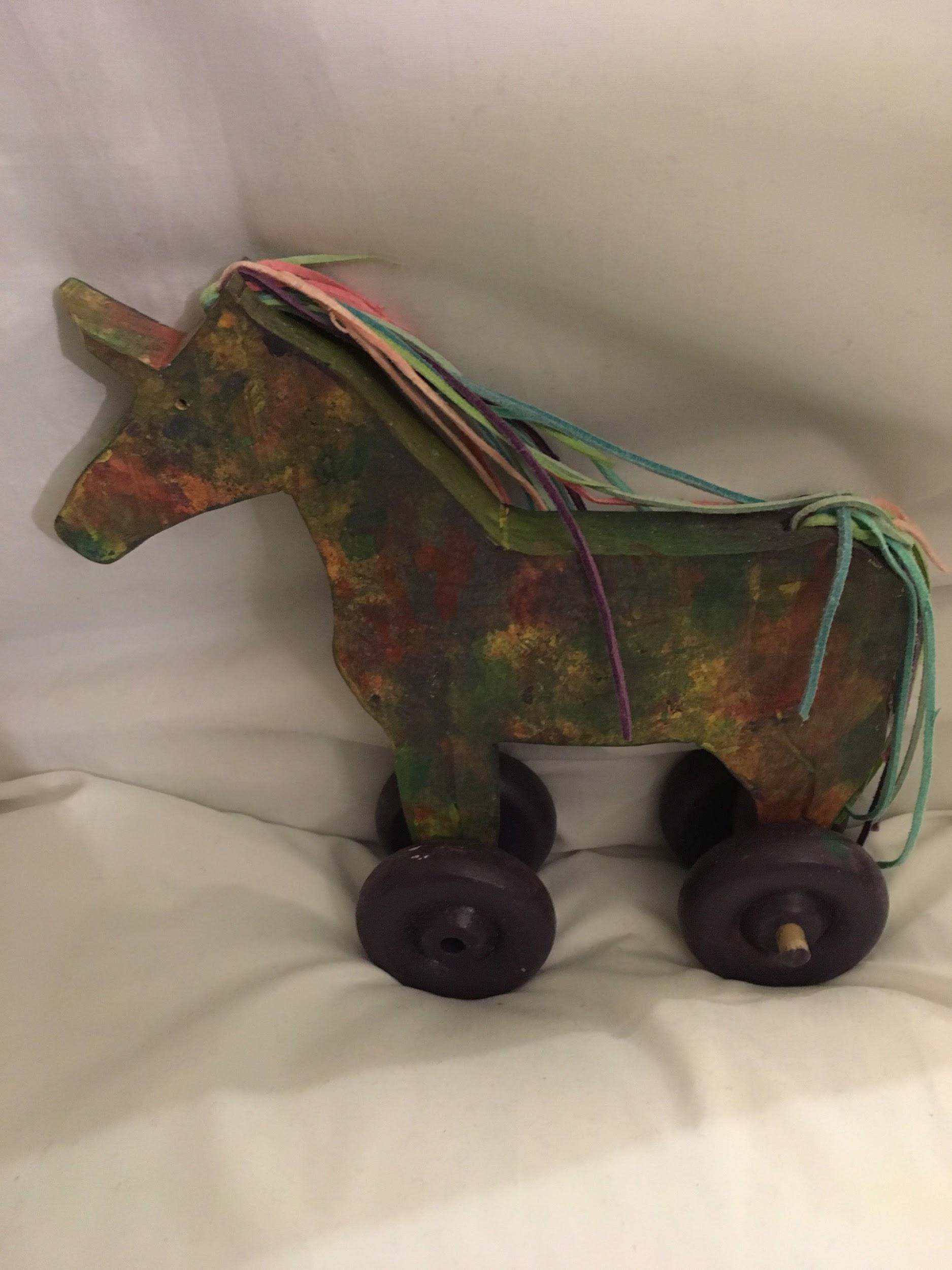 I was hooked and took every hands-on project-based class I could! I discovered that I learned more and performed better in classes where I was building things than in classes where I was doing written problems and preparing for exams. I began to realize that all my creating and crafting as a child was the same as the iterating and prototyping that I do now as an engineer and designer. I was lucky to have stumbled into discovering that science and engineering was more than what I had envisioned as a child. After undergrad, I wanted to pass on the passion I had uncovered for design and engineering and continue engaging with hands-on projects and making. Instead of spending more years as a student, I wanted to be an educator.

I began working as a design and engineering educator at an elementary school where I ran the school makerspace, creating and teaching project-based curriculum. I was jealous of the education my students were getting! They learned how to use the bandsaw and drill press at age 7, had a laser cutter and 3D printer at their disposal, and were encouraged to get their hands dirty as they worked on open-ended projects. I led them through building musical instruments, hydroponic gardens, and architectural models of a proposed new playscape for the school. While we studied music, we also explored the math and physics of sound. Our introduction to architectural design started with creating unique playscapes with storybook characters as our target users. I wanted them to understand what science and engineering really were and to explicitly make the connections between fields that had eluded me as a child; each project intertwined the sciences and arts instead of keeping them siloed the way they had been in my own early education. I loved being an educator, and I loved the students I had the opportunity to work with.

But something bothered me. One of my students came up to me crying the first day of our hydroponic garden project, telling me that she hated science and didn’t want to do the project. She had been homeschooled through 5th grade, and her parents had allowed her to skip all science curriculum thus far. At the same time, she had been excelling in building and creating functional engineering projects, and she loved working in the makerspace. She, like me, had not made the connection that she was already doing science and engineering. She was not alone in this mindset—most of the girls I taught claimed they hated science and were bad at math even though they consistently outperformed the boys in the class. There are plenty of programs designed to broaden participation in STEM fields, but these primarily target students in high school and beyond. The girls I taught had formed negative perceptions about their abilities in science and engineering before they even turned 10 and only learned that they were interested in those areas once we started working in the makerspace.

How many other girls are secret engineers, mathematicians, or scientists without realizing it? I couldn’t stop wrestling with this question. My students and I were all lucky to have the early exposure to making that we did, but this access is not distributed equitably, especially across socio-economic levels. I began wondering how makerspace experiences in early childhood influence perceptions of engineering. I started researching the different experiences people have as they pursue degrees and careers in engineering and found myself reading paper after paper about equity in makerspaces and women’s experiences in machine shops. If I was reading academic papers in my free time, it was time to think about grad school. I knew I was having an impact on the students I was directly working with, but I wanted to broaden my impact and work on making systemic changes. This motivation to rethink the way we teach design and engineering finally pulled me away from my hands-on makerspace job and into graduate school! Now, I’m hoping to use my research to make an impact in this field and reframe the way we think about inclusion and equity in science and engineering at every level--from the seven year olds I used to work with to the faculty members I hope to join someday!