But all the good work is left to do.
June 2021
Mirna
G.
Biological Engineering

The MIT Biological Engineering (BE) interview weekend began with an introduction by the department's chair. She gave a very motivating speech that ended with “this is the best time to become a bioengineer: find a problem and run with it.”

I felt very motivated by the department chair’s speech and spent the next five months following the interview thinking about what big problem I want to tackle. What are the problems I'm most passionate about? I’m passionate about protecting the environment and limiting food and water waste. Are these problems I can pursue as a BE researcher?

I first thought of plastic pollution. Plastic is filling landfills, the ocean, the streets. We are drowning in plastic. Despite its usefulness, it is so damaging to the environment and the ecosystem. A very influential ad campaign called Kefaya Plastic (which translates to “enough plastic”) that was launched in Egypt, my home country, captures the stifling effect plastic has on humans and animals. 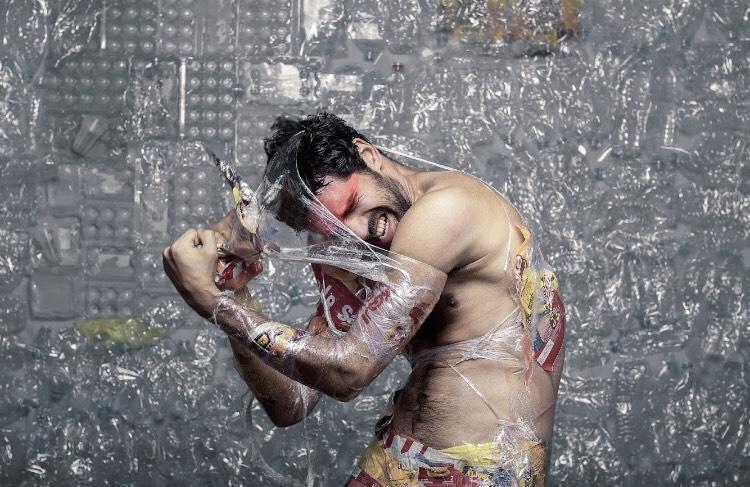 Picture from the Kefaya Plastic campaign powerfully captures why the towering stacks of plastic that are wasted every day are so damaging.

Being a budding bioengineer, I tried to draw inspirations from nature to solve this problem. One day, I was staring at the ceiling in my home and saw a wide spider web. I thought to myself, what if I can engineer bacteria or yeast to produce spider web threads and use the material for a variety of purposes? Interestingly, it turns out that someone else has already founded a startup called Bolt Threads that does exactly that! I also thought of engineering bacteria that can produce cellulose to be used as a replacement to plastic, but that was also done already. OK … maybe use fish shells? Done. Egg shells? Done. Pistachio shells? Done. Plastic-degrading bacteria? Done.

All the good ideas are gone!

Surprisingly, none of these great ideas has made it to the real world! I don't recall seeing a pistachio shells box or a spider web bag being manufactured. And sadly, I learned from one of the scientists behind Bolt Threads that the startup was never successful at making spider web fabric.

There are several reasons why most of these ideas aren’t in widespread use. The most obvious reason is that science is hard and it takes a great deal of creativity and persistence to hack and engineer microorganisms.

Another reason is that it takes a significantly long time to go from idea to product. A recent study of technologies in the energy sector found that the median time from idea to commercial product was 32 years, with development taking 5-37 years and commercialization an additional 8-46 years. Biotechnology also has long incubation periods: it takes 10-15 years to develop a new drug and launch it to market. CRISPR-Cas9 was characterized over 20 years (1993-2013) before it was exploited for genome-editing purposes. And many, many ideas never overcome the valley of death: the financial loss a start-up experiences while developing and launching its product before starting to make a profit.

So, there are many reasons why most start-ups fail. But it is important to remember that

research is about changing the world one baby-step at a time. If you have a great idea, chances are someone else has thought about it, but that shouldn’t be discouraging. It only goes to show that your idea addresses an important problem or question. Even the smartest minds don’t necessarily come up with ideas that are 100% original. Between 1950 and 1980, scientists worked to develop four different methods for oligonucleotide synthesis. Oligonucleotide synthesis was later commercialized by not just one but over 25 biotech companies including Twist Bioscience, IDT and Thermo Fisher.

You don't need a truly original idea to be innovative, but rather enough persistence to bring that idea to the real world. Pioneering innovative ideas comes with a high risk of failure (47%), but the risk drops to 8% for “follower” innovators who tend to build upon original, unsuccessful, innovation to create a useful widespread product.

So … there is hope for those who, like me, have not come up with an original research idea. Plastic biodegradation is a topic that has been and is still being investigated. Being passionate about finding solutions to the plastic pollution crisis, for my PhD project, I decided to tackle this problem using synthetic biology. It will be a steep learning curve! I feel excited and challenged and I know that with perseverance and patience, one day, the good ideas will change the world!